With our new surface sealing the enjoyment of your furniture will last longer. STOPGAP FLUID not only prevents dirt deposits, but above all the penetration of moisture due to its hydrophobic effect. Our multi-functional fluid protects your surfaces from long-term wear and tear.

A thorough cleaning of uneven surfaces often proves difficult. Dirt, fungi and other contaminants can accumulate in the microscopic depressions, attack the surface and make it look unsightly. With our STOPGAP FLUID, these irregularities can be easily filled. Dirt, moisture and water vapor no longer pose a threat to your furniture.

Our STOPGAP FLUID is a true all-rounder and convinces with its diverse application options. It is not only suitable for edged pieces of furniture, but even for wooden materials and real wood panels. 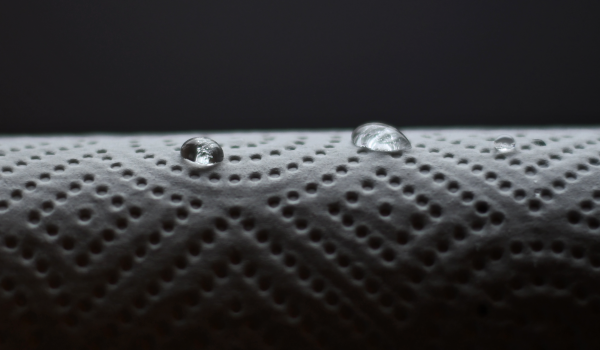 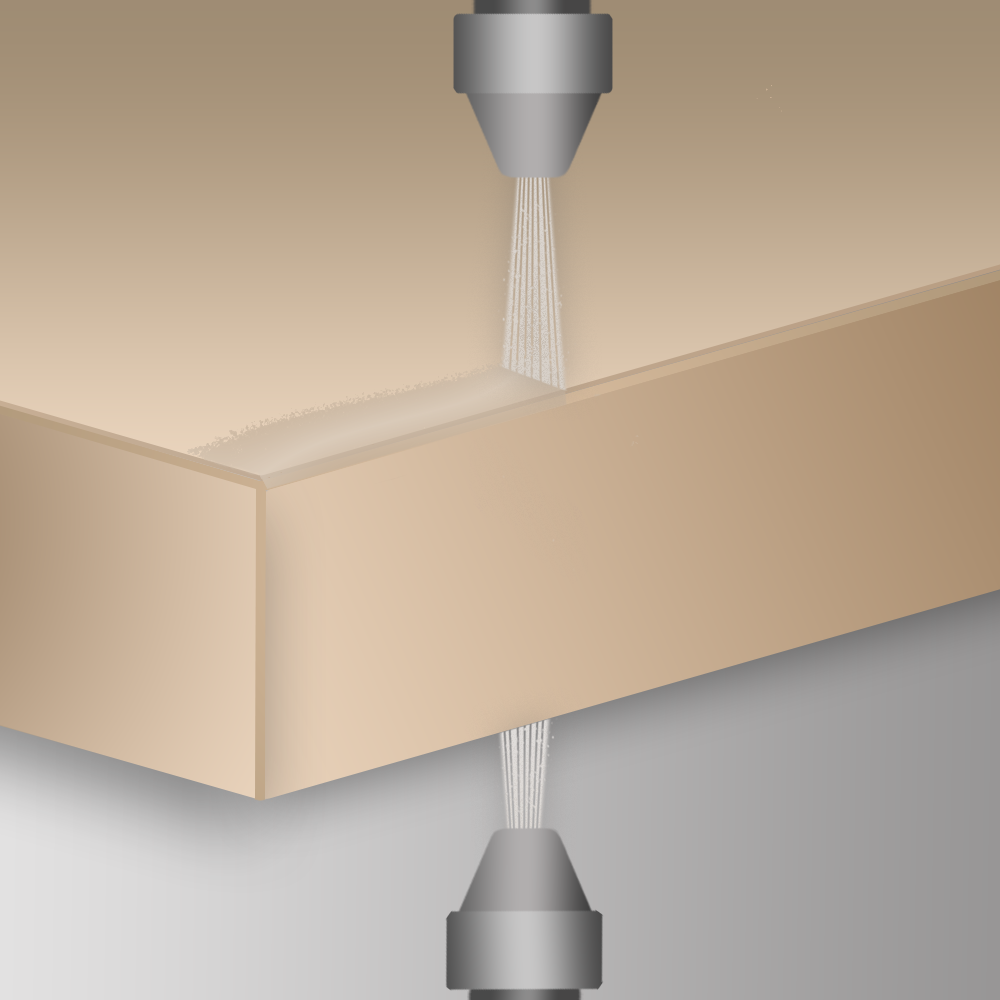 For use in fully automated production systems, the fluid can be sprayed onto the desired surface using precision nozzles. Treated parts can be processed immediately.

Our STOPGAP FLUID can be applied as follows:

After about 15 seconds, wipe up the excess material with a clean microfiber cloth. Heat curing is possible at up to 80 degrees Celsius. 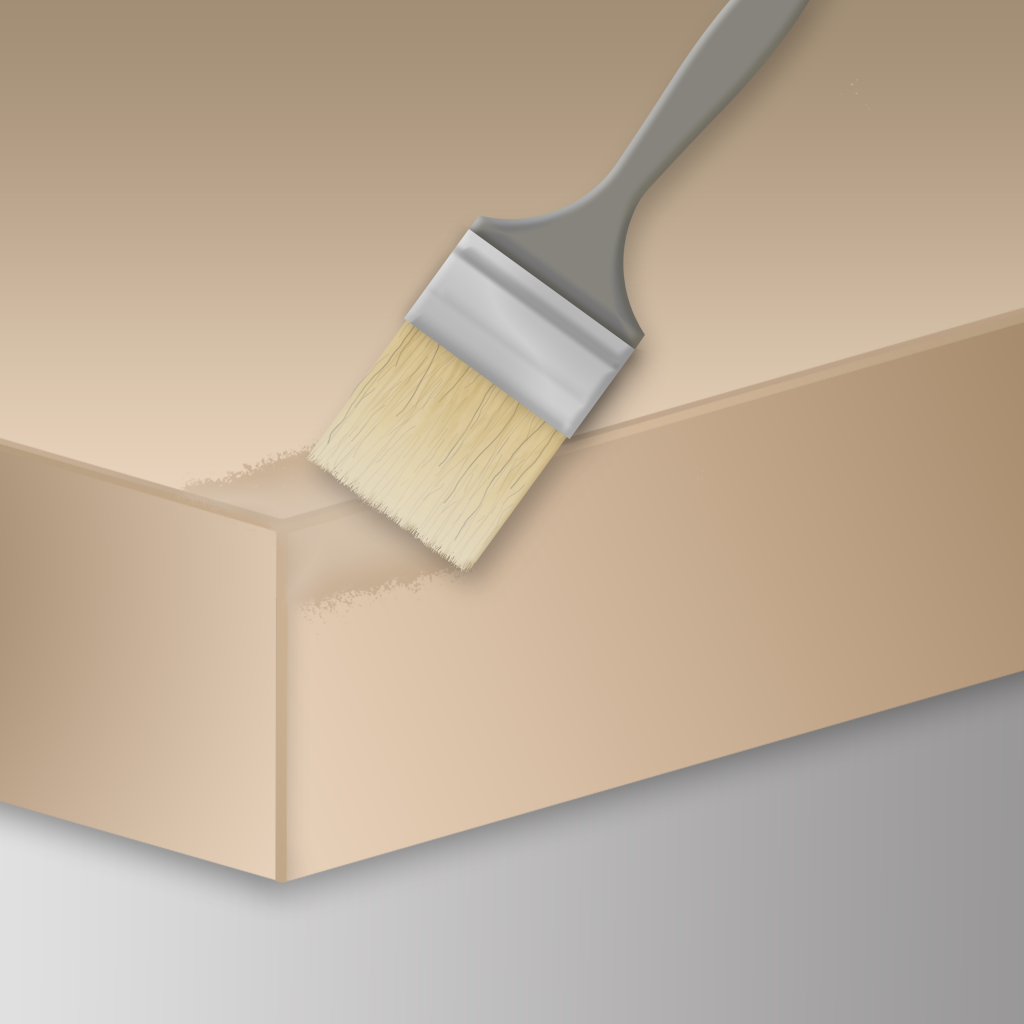 Our STOPGAP PEN is the ideal solution for domestic use. It enables you to seal your surfaces easily.

The handy pen shape was specially designed for manual use and combines functionality with a useful format. A sponge is hidden under the pen cap, which enables to apply the fluid evenly. 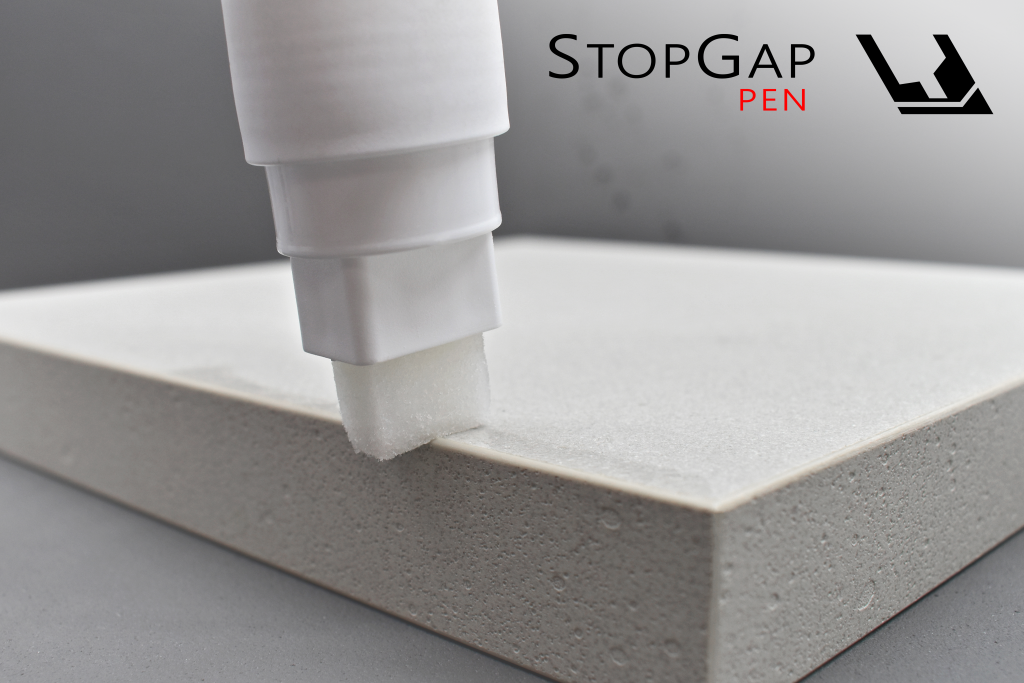 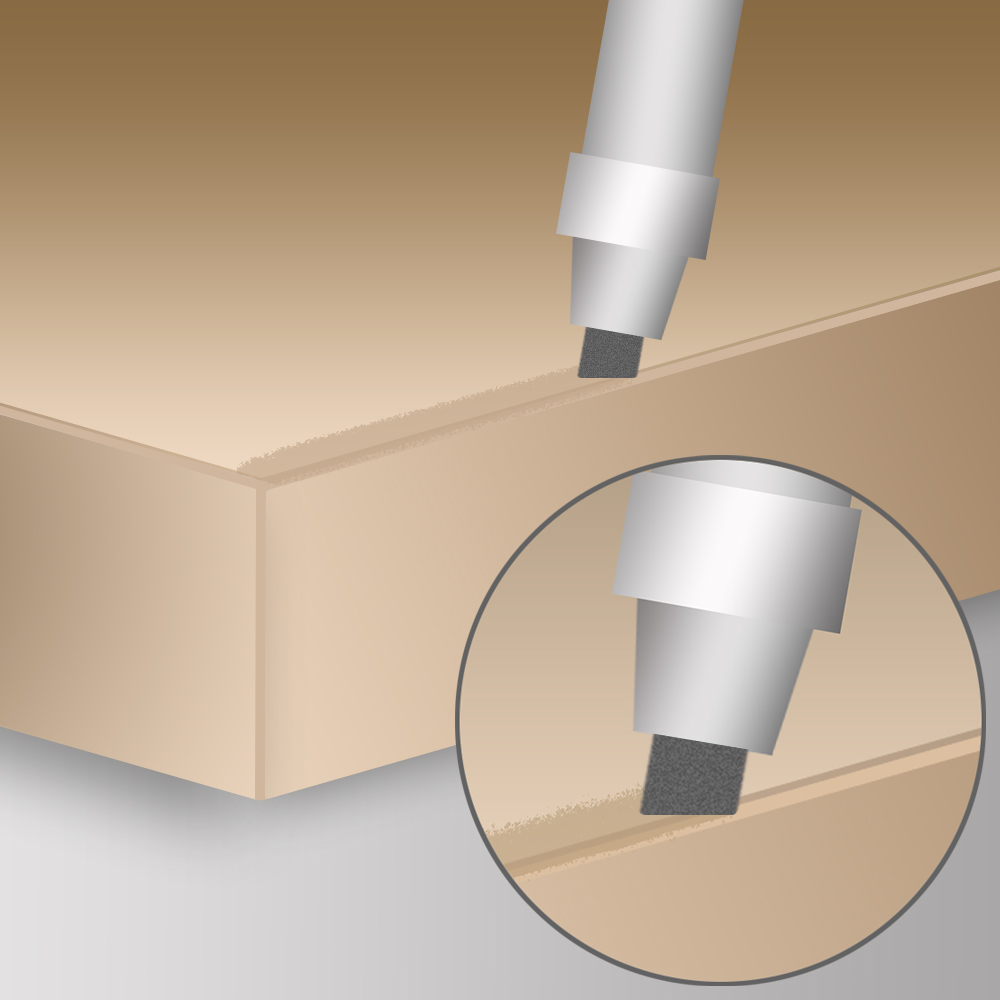 The STOPGAP PEN is perfectly suitable for the application on edged furniture parts.


After removing the pen cap, place its sponge on the edge. Then slightly pull it along the edge or surface to apply the fluid on it. After use, the cap must be placed back on the pen to prevent the sponge from drying out. The applied fluid should dry for about 24 hours before the treated area is exposed to moisture. 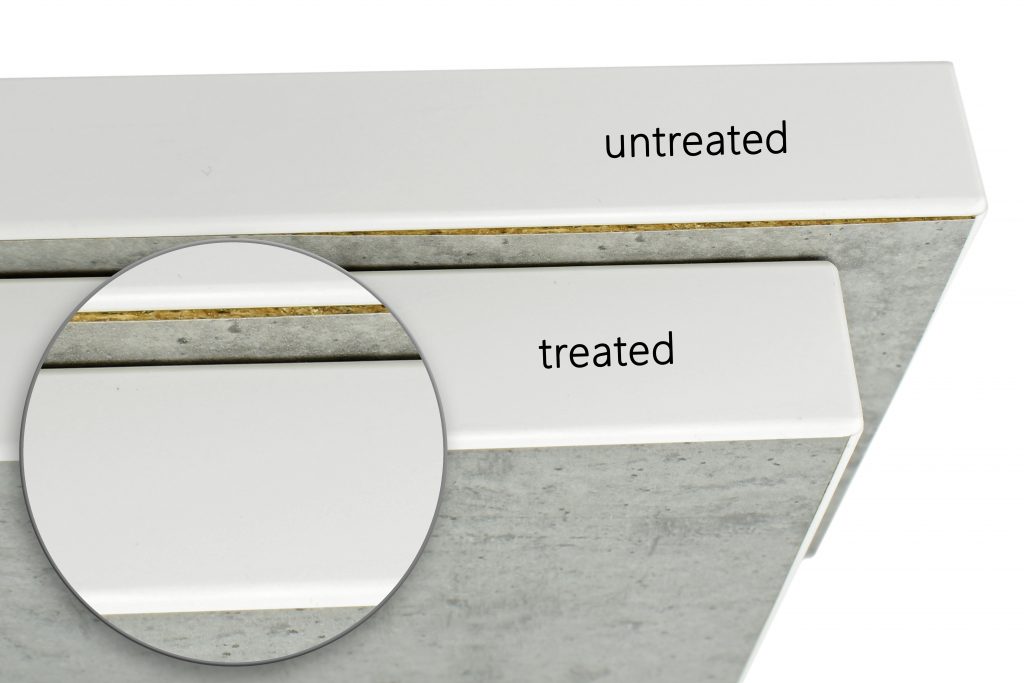 To show the effect of our product, we carried out a swelling test in the laboratory.

We divided a plate into two parts. One half was sealed with our STOPGAP FLUID and the other half was left untreated. Before both plate halves were placed in a water bath for 24 hours, the treated plate was allowed to dry for 24 hours. The result is clear: the sealed half almost remained unchanged. In contrast, the untreated half absorbed the water and swelled on the edge.

The adhesive gap is the weakest area of edged furniture. Our test result clearly shows the effectiveness of our product. In the future, high levels of moisture will no longer pose a risk to your materials and furniture parts.

Our STOPGAP is currently available in four container sizes in Europe.

We recommend our STOPGAP PEN (content: 20 grams) for quick and easy use. For large-scale application, you can order our STOPGAP FLUID in 1, 5 and 20 liter canisters. 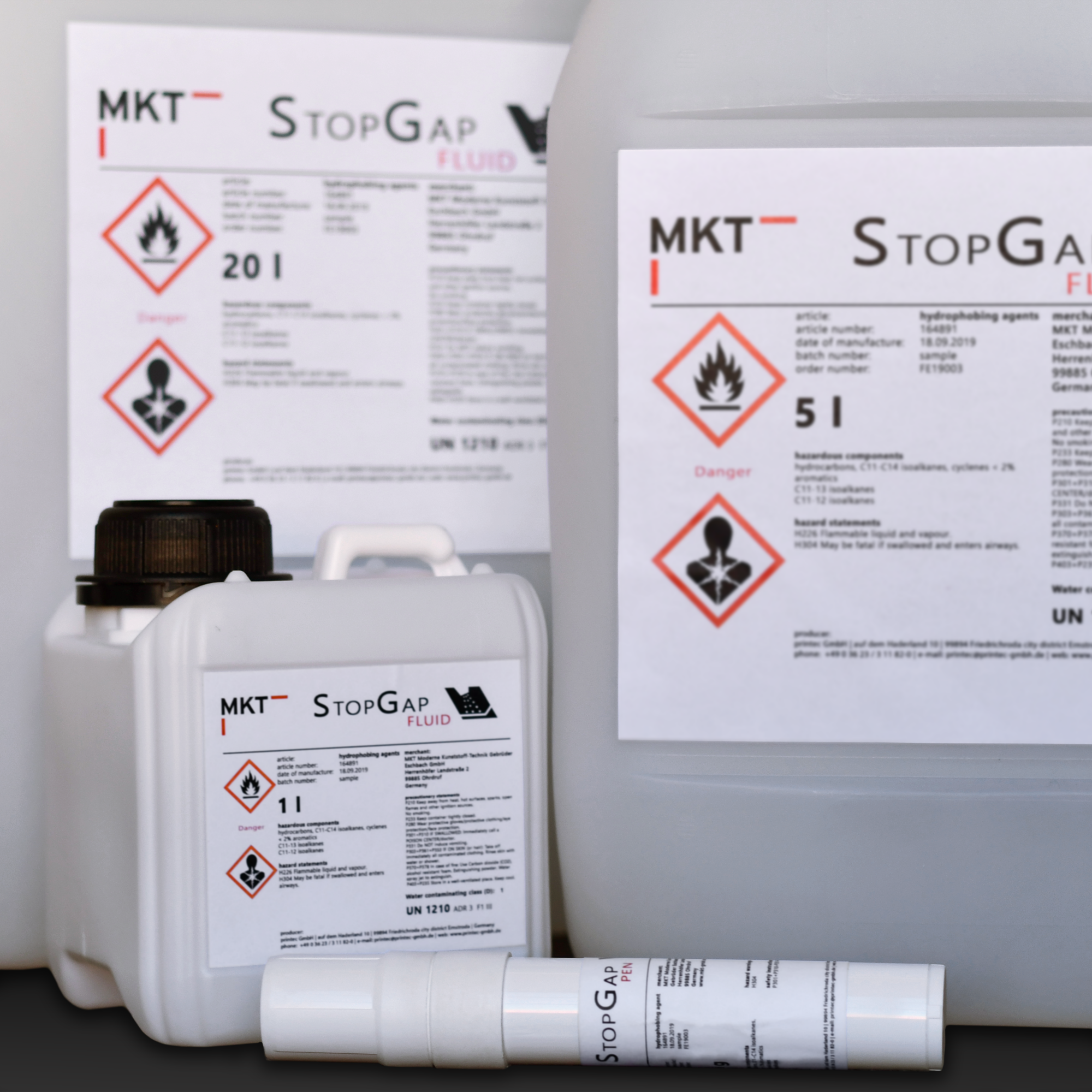